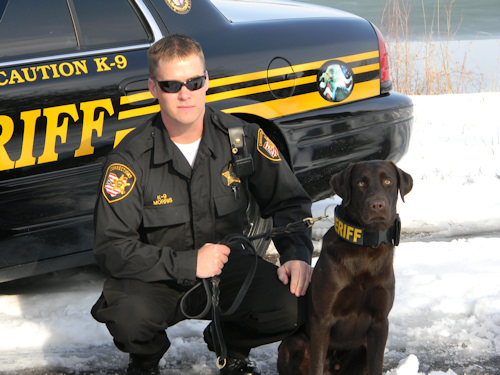 Those of you that have been to our site for many years may recognize the name “Tuff” as he was formerly named.  Now he is known as “Tank”, pictured here with his partner. Together they patrol a regional prison for drugs and tobacco products.

Tank taught his handler a valuable lesson shortly after they started working together. On his first day he tried to check a utility room but his human partner refused. On the second day he tried once again so finally the handler followed him and after a brief investigation found a secret stash of two bags of tobacco and a lighter.  So his handler now knows to TRUST his K-9 partner!

The photo below is from January 2010 while 3 months old as he learned narcotics on his first day of training for the D.E.A. Tank is the son of Angle and Brutis and an outstanding member of our line of dogs! 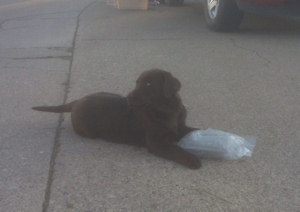