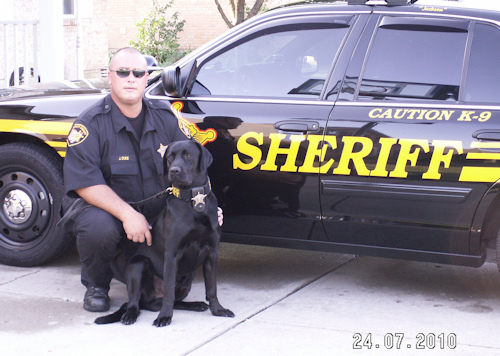 Jackson is the son of Bear and Angle and is a member of the West Virginia State Police K-9 Corps D.E.A. Here he was holding attention at his trainers command when he was just a pup. His focus and ability to follow commands at such a young age was above average according to his handler. 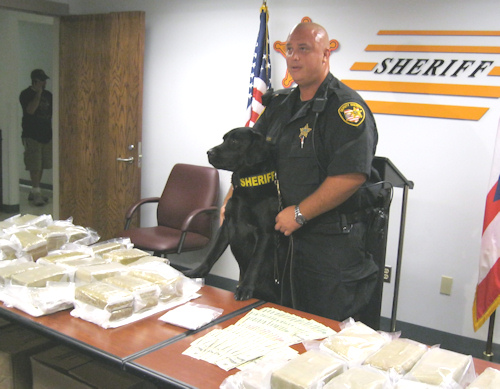 In early 2010 Jackson seized $50,000 in cash after recovering drugs from a car. He also placed second out of twenty-four K-9 teams in a competition. Most of the other dogs came from a large training facility in Indiana but the Butler County Sheriffs Department came to Chips Labs instead and got a great dog!! The Sheriff loves Jackson and told his handler to hurry up on getting the badge because he thought a “good looking dog like that deserved a really nice badge”.

We are very proud of Jackson and all of our dogs!